Where do I begin with Mary and Richard’s wedding? It was so different, to other wedding’s I have attended in so many ways. For a start Mary and Richard are well educated and those that know me know that my brain travelled to a different location. ;@>The guests were varied which made me smile at times because there was a sprinkling of eccentricity with a number of the guests.
When I first met Richard and Mary I first thought these guys would be a tough nut to crack, but these were easy to photograph, throughout the day certain things happened that touched my heart and gave me a warm glow. For example, in the morning Mary explained how her and Richard they first met 30 years previously. They then split up, lost contact and never set eyes on each other for the next 30 years. Only to meet again at a school reunion and fall in love all over again. Mary and Richard have really strong personalities and really focused minds, back then they had to make there mark on the world and probably wouldn’t have invested in the time of their relationship. But 30 years on and a fair amount of water under the bridge, this couple have found each other at the right time and completed this truly fascinating love story.
Saint Theobald and Saint Chad’s Church in Warwickshire is where thier wedding service took place. Richard’s parents were married here and buried in the church grounds, to see Richard pay his respects and to lay wreathes on his parents graves was a very personal moment and I felt very honoured that he requested me to photograph it.
The wedding reception was at Stoneleigh Abbey in Kenilworth in Warwickshire and there is only three words that describe this venue wow wow wow !! 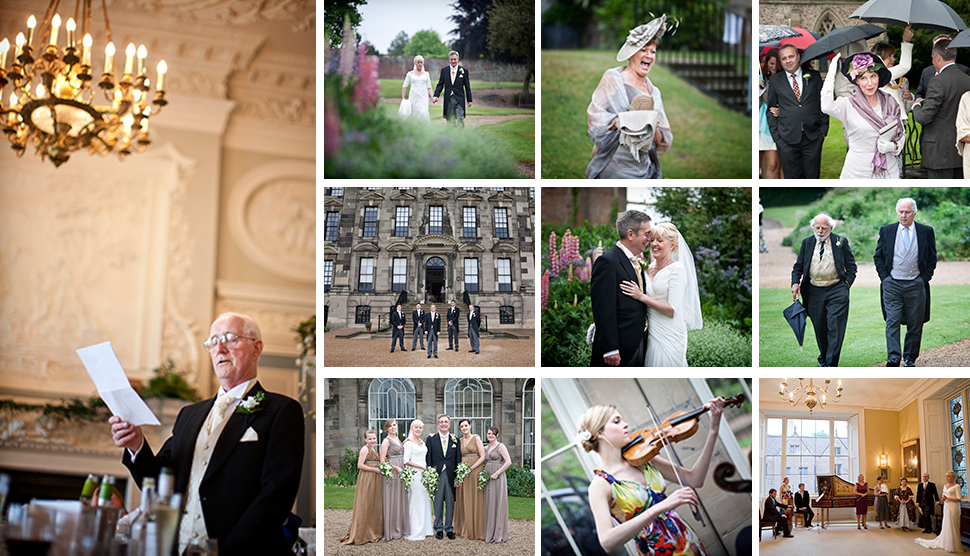